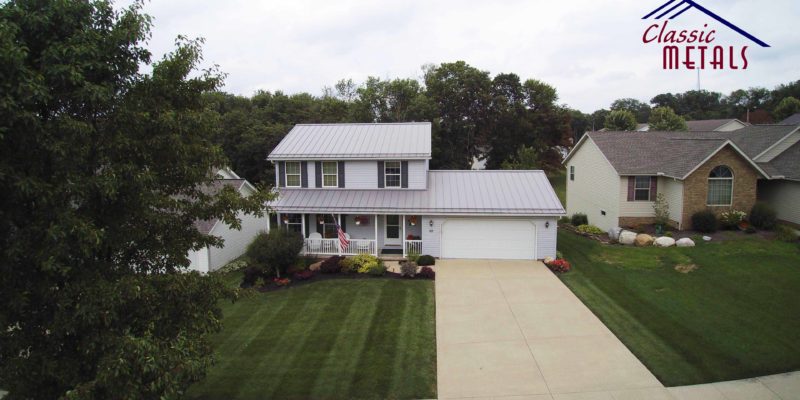 When Gene and Barb Wintersole originally purchased their home, they were not aware that a roof replacement was in their near 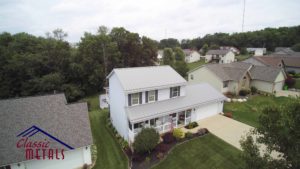 future, however, there was no way to avoid it. Several years after purchasing the home, they realized that the asphalt shingles were deteriorating fast, after being installed for less than 12 years. They attempted to contact the shingle manufacturer for a warranty claim, but were told that because they were not the original owners, the roof was no longer under warranty. As they considered the roofing options that were available, they made contact with Aaron from Quality Roofing, a roofing installer from Big Prairie Ohio. Aaron explained the advantages of a Standing Seam metal roof and the decision was made to install the 16″ Weatherlock Panel in 26 Gauge Slate Gray. The installation went great, and they were very pleased with the final product.

Gene informed me that almost everyone on their block has had to replace their roof since they have lived there. Some of the neighbors have replaced their roofs with asphalt shingles, but it just does not make sense to install a asphalt shingle, and have it only last for 12 years. If you look at the big picture, in the long run a metal roof is far cheaper. 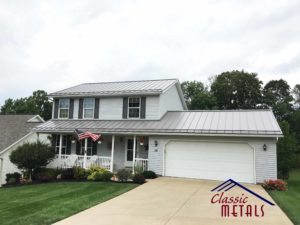 One of the things that Gene does currently to stay busy is to take photo’s of the surrounding Amish community, and a number of his photo’s have been used in magazines and newspapers. You can view some of the photo’s that he has taken at www.eightlake.smugmug.com.

We appreciate the opportunity to work with Gene and Barb in order to make the roof on their home, the LAST thing that they need to worry about. 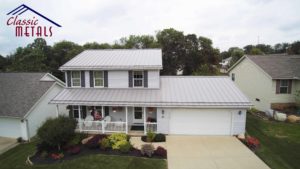